Almost every day I hear or read stuff about eating healthy, and I don’t even have to look for this information – it’s right there, wherever you look. So many articles are written and documentaries made about how to eat healthy or how to stop eating junk food, but most of us still eat all kinds of C.
To start consuming all the necessary vitamins for your system to function right, you have to enjoy the process. Ok, it is hard to enjoy eating healthy when you are forced to quit eating all the stuff that you like, but there is a way to start eating healthy without feeling miserable: without forcing yourself to eat what you hate. And in this article I want to share my experience with you. I didn’t really succeed yet, but I’ve made the first step!
END_OF_DOCUMENT_TOKEN_TO_BE_REPLACED

WordPress.com is excited to announce our newest offering: a course just for beginning bloggers where you’ll learn everything you need to know about blogging from the most trusted experts in the industry. We have helped millions of blogs get up and running, we know what works, and we want you to to know everything we know. This course provides all the fundamental skills and inspiration you need to get your blog started, an interactive community forum, and content updated annually.

What can be better than pies? Only the sweet pies served as a dessert. They may be served either hot with a cup of ginger tea for instance or cold with a glass of fresh cool juice with ice. Pies perfectly suit for a quick snack or main dessert at the family party. They create the right warm atmosphere just with their appetizing look of the parched tops and tasty smell. There are a lot of variants for stuffing the sweet pies. The following list may inspire you to bake a sweet delicious pie with one of the suggested fillings or invent something original.

END_OF_DOCUMENT_TOKEN_TO_BE_REPLACED

You are sure that your partner is the only one perfect and an ideal man in the world. But sooner or later you find out that nothing is perfect and your relationship may even frustrate you. Why it happens? Well, you should remember that relationships need maintenance. When it seems to you that something is wrong you should work it out. You should also remember that the sooner you start the better.

There are several things you should avoid in your relationship otherwise those trivial things may ruin your private life. What are they? The most common problems couples face are laziness, lack of communication, inability to compromise and as the result conflicts.

END_OF_DOCUMENT_TOKEN_TO_BE_REPLACED

The table which stands the attack of kilograms of different dishes and guests who find it difficult even to speak from their overeating is a stable association with any fest. However, it is not necessary to present your guests with problems with their digestion – light stand-up with delicious snacks can create festive mood as well. The following recipes are fast and easy to cook and, besides, they look beautiful.

Potato pancakes with salmon. To prepare thirty pancakes you will need:

END_OF_DOCUMENT_TOKEN_TO_BE_REPLACED

Lightning is the most unpredictable natural phenomenon which is extremely impressive but very hard to catch at the same time. It appears out of nowhere for a flash of an instant, lights the world in a breath-taking manner and disappear in the darkness again. If you learn to shoot the lightning properly, these photos will become the real masterpieces.

END_OF_DOCUMENT_TOKEN_TO_BE_REPLACED

Desert Twilight is the name of a new collection of make-up be Bobby Brown. Inspired by the metamorphosis of the deserted landscapes during the dusk late hours after the sunset the designers of this collection created really unusual and wonderful products. The make-up collection includes eyeshadow palette, gel eyeliner, rouge creme, lip gloss, bronzing powder, nail enamel and a set of four make-up brushes. All these products are designed in calm natural colors combined with the bright accents. The gel eyeliner and the nail polish are of deep turquoise shade. This color perfectly matches the other “desert” colors.

END_OF_DOCUMENT_TOKEN_TO_BE_REPLACED

I’ve been dating my girlfriend Stefanie for two years. I like her very much, she is nice indeed. But sometimes it is so difficult to be with her. She is unpredictable person and sometimes I really do not know what to expect from her. Everything might be just perfect and suddenly she changes. And to tell the truth I do not know why. She becomes irritated and doesn’t want anything. I mean I’m not a perfect person and I try to do my best but it is really difficult to predict what she really wants and needs. And to tell the truth I have no idea if she likes me. Some of my friends are sure that she just uses me. Well, I’m confused. It seems to me that they are right sometimes. Especially when she makes my decisions no matter what I want and what I need. It is irritating indeed. So she even doesn’t ask me. My opinion means nothing. For the first time it was okay but I had enough. Stefanie controls absolutely everything in my life. She decides what we would do on weekends, what we would eat and even what I should wear. Moreover she calls me quite often whether I’m busy or not. She asks me where I’m, what I’m doing and what I’m going to do. She is jealous.

END_OF_DOCUMENT_TOKEN_TO_BE_REPLACED

The times when a photo presented a rectangular image has already become the matter of past. Nowadays, with the help of such technology as fisheye lens, it became possible to shoot circular photos and capture the whole panorama at once. This technique is especially useful for taking photos of street art activities, such as parkour as the wide angle allows to capture a performer and urbane building involved in the process at once.

Fisheye method of taking photos does not require any special skills, so even the beginning photographers can try it and see how much fun it really is. The only thing you should do is to forget about the fear of experimenting with new approaches to the art of photography.

END_OF_DOCUMENT_TOKEN_TO_BE_REPLACED

To start with it is worthy to mention that the word “time” itself is a rather vague category. Of course each person has 12 hours in his or her day but the matter is that some people find this period sufficient for finishing their daily routine duties and the other ons suffer from lack of time constantly. Generally the phrase “I’m pressed for time today” is no more than a mere excuse. Someone may oppose and claim that he really lacks time every single day. To write an average article is not an extremely sophisticated task but it still requires a couple of hours at least. But where one may find that couple of hours? If you suppose that you can’t write a valuable text only because you are constantly busy you may find these tips quite helpful.

END_OF_DOCUMENT_TOKEN_TO_BE_REPLACED

There are times when you do not know what you want to read. May be it should be a detective story, or some romantic novel, or interesting biography. It was this period of hesitation when I came upon the book of Milan Kundera which is called “The Unbearable Lightness of Being” and understood at once that it was exactly what I needed.

Kundera was a Czech writer who lived in a historical epoch and witnessed the establishing of communist regime in his country. He was greatly interested in acute political issues and wrote a lot about the political situation in the country. But at the same time, he managed to reveal his talent in creating some painfully beautiful love story. “The Unbearable Lightness of Being” tells the story of Tomas and Tereza. Their love is so natural that it looks almost impossibly real. Another interesting feature of this novel is its unique style. It seems that the words addressed not to the readers’ eyes and minds but to their hearts instead. Kundera has a wonderful talent of presenting even the most routine things in the poetic light and, what’s even stranger, it does not sound pathetic at all.

END_OF_DOCUMENT_TOKEN_TO_BE_REPLACED 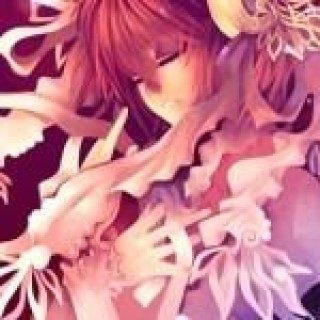 Love is Lust
Create a free website or blog at WordPress.com.